Hey #Heartbreakers! Meet Noa Mintz - Founder of Nannies by Noa! Noa is the brain behind and chief of Nannies by Noa, the company she founded when she was just 12-years-old and she has accomplished so much since she launched Nannies by Noa back in 2012! 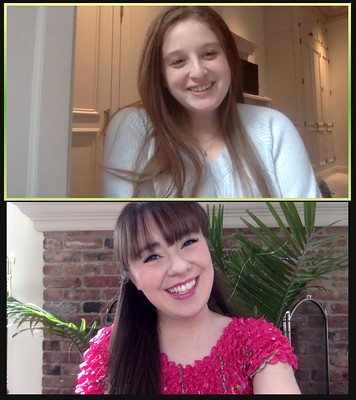 An entrepreneur raised in New York City, Noa built a reputation among family and friends for using creative ways to find the city's most fun and engaging sitters, the kind she wanted in her own home! Now 22, Noa has appeared on national television shows including NBC's "Today Show" and CNBC's "Squawk Box," "Money with Melissa Francis" on Fox Business and the Steve Harvey Show. She has been interviewed on Ryan Seacrest's national radio program and has been profiled on BBC Radio.

Noa has even been featured in The New York Post, Forbes, New York Magazine, Time, Teen Vogue, and Entrepreneur and most recently named one of Fortune's "18 Under 18 Innovators Who Are Changing the World"

Noa is quite the "goal-getter" and shares amazing advice for achieving big dreams, starting your own business (no matter your age!) and creating a signature brand!

You got this, Girl Scouts! Keep rocking Cookie Season and always 'Climb with Courage!'

love, the girl with the big pink heart™ 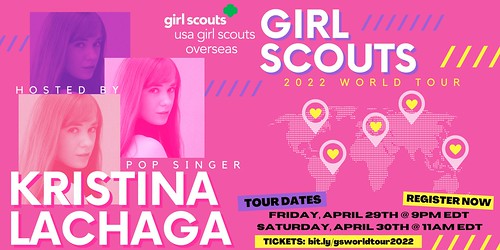 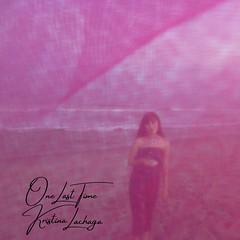 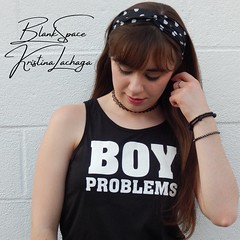 Text HEARTBREAKER to 33222 to receive your #Heartbreaker Welcome Pack, a free song download, hear a sneak peek of Kristina's new music, get exclusive updates, 1st access, and more! (US Fans Only)